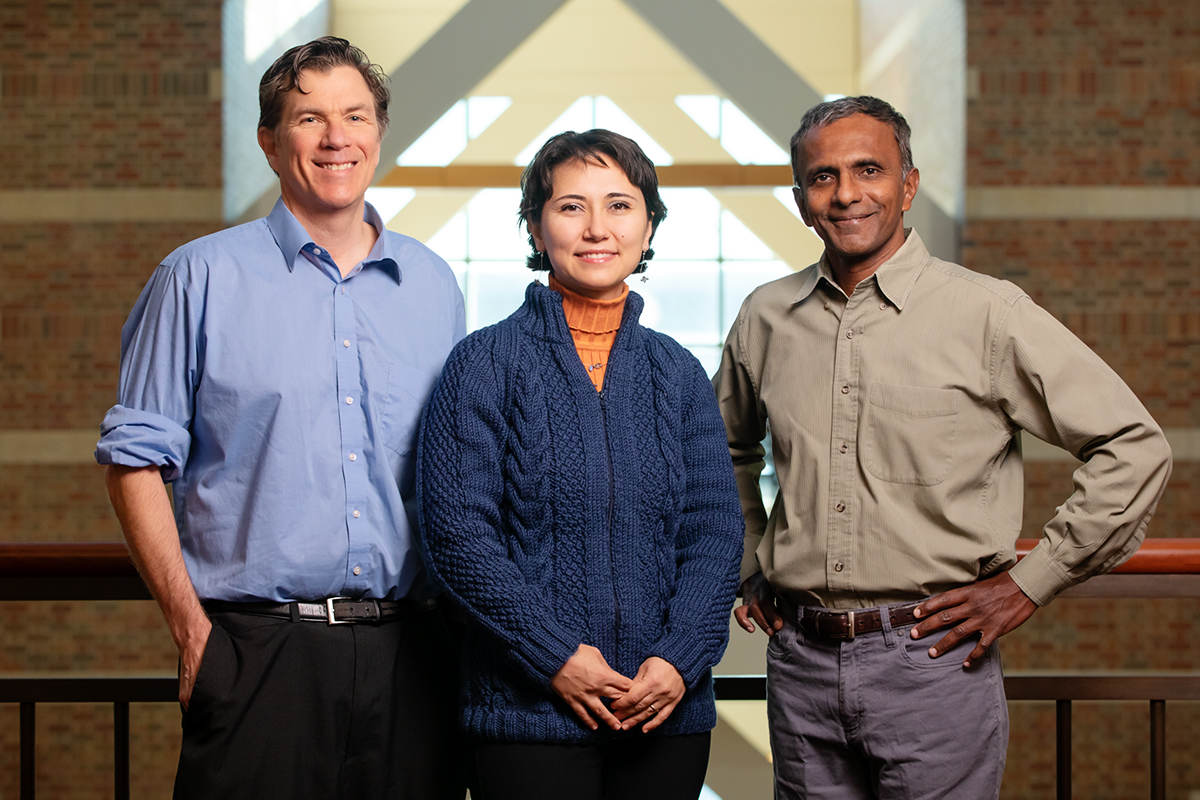 CHAMPAIGN, Ill. — Exposure to PFAS – a class of synthetic chemicals utilized in food wrappers, nonstick cookware and other products – reprograms the metabolism of benign and malignant human prostate cells to a more energy efficient state that enables the cells to proliferate at three times the rate of nonexposed cells, a new study in mice found.

However, consuming a high-fat diet significantly accelerated development of tumors in the PFAS-exposed mice, said the scientists at the University of Illinois Urbana-Champaign and the U. of I. Chicago who conducted the research. PFAS is an abbreviation for perfluoroalkyl and polyfluoroalkyl substances, often described as “forever chemicals” because they don’t degrade naturally and persist as environmental pollutants. Studies have associated PFAS with harmful effects in laboratory animals.

“Our data suggest that exposure to PFAS synergizes with dietary fat to activate the protein-coding gene PPARa, altering cells’ metabolism in ways that escalate the carcinogenic risk in normal prostate cells while driving tumor progression in malignant cells,” said food science and human nutrition professor Zeynep Madak-Erdogan, the principal investigator on the project.

“These alterations in cell metabolism that occur downstream of PPARa activation may underpin the increased prostate cancer risk observed in men who are exposed to PFAS,” said Madak-Erdogan, who also holds an appointment as a health innovation professor with the Carle Illinois College of Medicine.

In their analyses of gene transcription activity, the scientists found that PPARa was expressed at significantly greater levels in the tumor cells of the PFAS-exposed mice that ate the high-fat diet. PPARa controls cell proliferation and differentiation, aids in immune and inflammatory responses and has been found to play a key role in the development of liver and kidney cancers, according to the study.

Previous studies, including some conducted in humans, linked PFAS with a range of serious health problems such as prostate cancer, the most common male cancer in the U.S.

Published in the journal Nutrients, the current study’s findings are believed to be the first to shed light on the synergistic interactions of PFAS and dietary fat and the metabolic changes that shift benign prostate cells to a malignant state, triggering rapidly growing tumors.

The scientists injected an aggressive form of malignant human prostate cells into the flanks of male mice that were fed either a high-fat diet intended to mimic the typical Western diet or a control diet. Some of the mice also received oral doses of perfluorooctane sulfonate (PFOS), one of the most common forms of PFAS that has been associated with various cancers.

“We observed an increase in the tumors’ volume when exposed to either the high-fat diet or the PFOS,” said co-author Michael J. Spinella, a scientist in the Cancer Center at Illinois and professor of comparative biosciences. “However, at 40 days post-injection, we observed that the fastest tumor growth occurred in the group of mice that both ate the high-fat diet and received PFOS exposure, which suggested a synergistic interaction between the two.”

In cell culture, the scientists exposed benign prostate cells and a derivative line of aggressive malignant cells to PFOS and found that the malignant cells replicated at triple the rate of the cells in the control group.

When the researchers exposed the benign and malignant cells to another form of PFAS, perfluorobutane sulfonic acid, the malignant cells’ viability was five times greater than the cells in the control group.

Studies have associated PFBS exposure – which can occur through polluted air or polluted drinking water – with diseases of the thyroid and other organs.

The scientists hypothesized that metabolic energy pathways within the cells were undergoing changes to facilitate the rapid growth observed.

“We analyzed the metabolites that changed in response to PFOS treatment, and we found that the metabolic phenotype of the prostate cancer cells was altered, upregulating the proliferative energy pathways,” said co-author Joseph Irudayaraj, the associate director for shared resources at the Cancer Center at Illinois and a founder professor of bioengineering at the U. of I.

“Exposure to PFOS significantly upregulated genes associated with metabolism, particularly the molecule pyruvate, which is involved in glucose metabolism, and the precursor molecule acetyl-coenzyme A that facilitates the metabolism of fatty acids and steroids,” he said.

Prior research, including a 2019 study led by Madak-Erdogan, found that changes in the metabolism of pyruvate and fatty acids were associated with various forms of cancer and other diseases. In that study, published in the journal Cancer Research, Madak-Erdogan’s team found that free fatty acids caused estrogen-receptor positive breast cancer cells to increase cell proliferation and tumor growth.

The research was supported by grants from the National Institutes of Food and Agriculture in the U.S. Department of Agriculture, the U. of I. Office of the Vice Chancellor for Research, and an Arnold O. Beckman Award from the Campus Research Board.

The paper “Per- and polyfluoroalkyl substance exposure combined with high-fat diet supports prostate cancer progression” is available online or from the News Bureau.