The Department of Food Science and Human Nutrition’s mission can traced all the way back to our university’s first president, John Milton Gregory.

In 1872, he established the School of Domestic Science and Arts as a means of providing full courses of instruction in the “arts of the household,” including food sciences. This initiative was a progressive idea for women’s education and established the University of Illinois as a leader in the field. 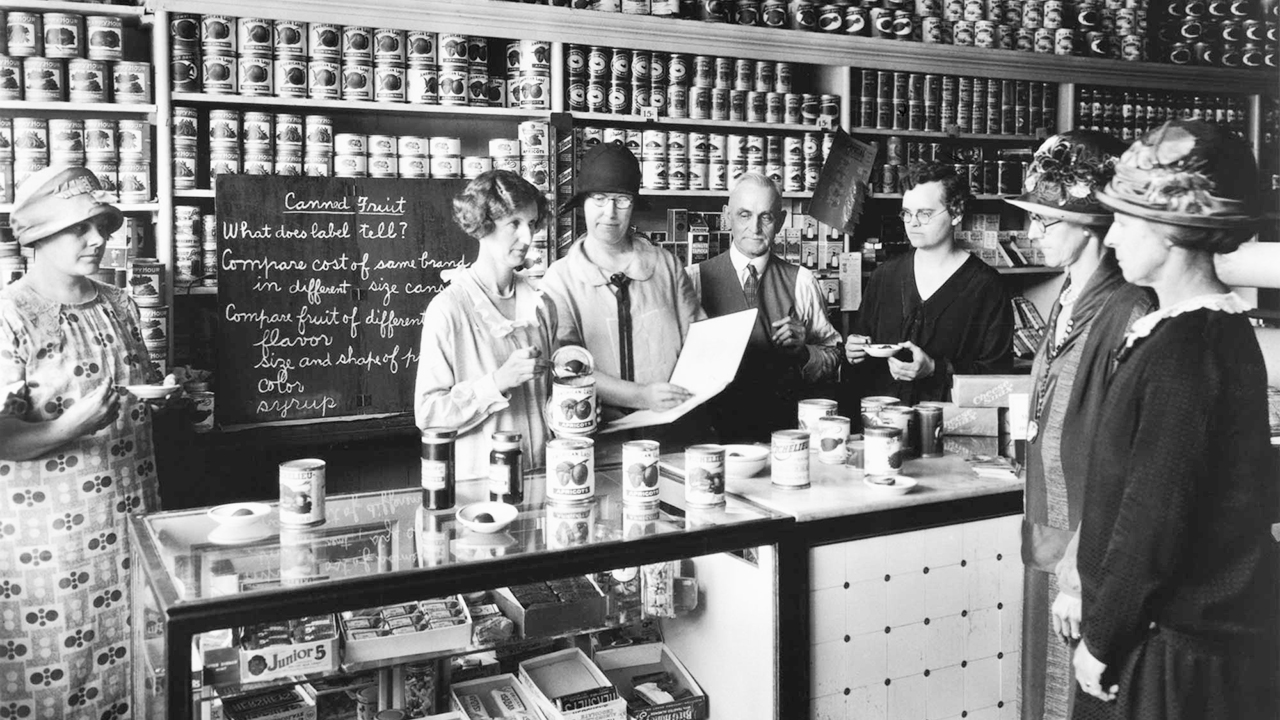 President Gregory hired Louisa C. Allen to oversee and organize courses for the School of Domestic Science and Arts, including Foods and Dietetics, Domestic Hygiene, Household Esthetics, Home Architecture, and Landscape Gardening. The school opened in 1874 under Allen’s guidance.

Under her six years of leadership, nine certificates and four bachelor’s of science degrees in Domestic Science and Arts were granted. These degrees are believed to be the first of their kind earned in the United States.

In 1881, President Gregory resigned from the university and the School of Domestic Science and Arts was without a champion. Lack of public demand, coupled with staffing and financing difficulties led to the school’s dismantling under President Selim H. Peabody. While some food sciences like dairy technology continued in other departments, research housed in the School of Domestic Science and Arts halted for the next 19 years.

In 1900, President Andrew S. Draper reinstated the School of Domestic Science and Arts as the Household Science Department led by renowned food chemist Isabel Bevier. Bevier collaborated with College of Agriculture Dean, Eugene Davenport, to rename the department to emphasize its scientific nature. Bevier’s 21 years at the University of Illinois would see exponential growth in the department, both in enrollment and course offerings.

In the 1920s, the department underwent another rebranding to be called Home Economics. Several departmental changes occurred in this decade, including the addition of graduate courses and the extension of undergraduate courses.

Today, the department offers undergraduate and graduate degrees in addition to serving the community through Extension and outreach programs. FSHN houses four comprehensive programs of study leading to a Bachelor of Science, including Dietetics, Food Science, Human Nutrition, and Hospitality Management. The department also offers a Master of Science (thesis and non-thesis) program, a Ph.D. degree program in either Food Science or Human Nutrition concentrations, and a Professional Science Master’s degree program.

Over a century in the making, the Department of Food Science and Human Nutrition continues to strive to be a global leader in food, nutrition, and hospitality sciences. Help write the next chapter in FSHN’s history by becoming a student in one of our programs or by providing support for scholarships for the next 100 years of enhancing human health.