What happens when the body cannot process beta carotene? 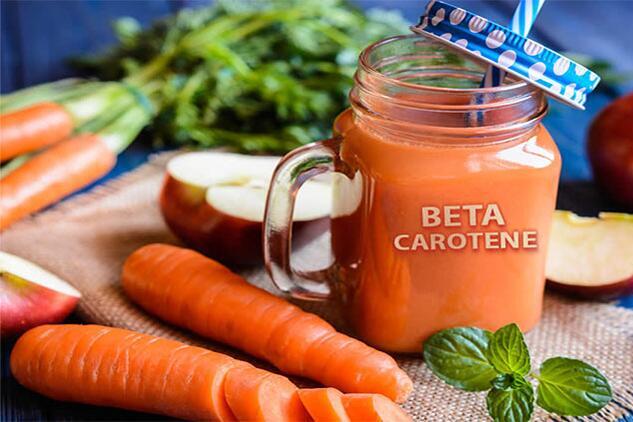 ISLAMABAD, (Online) - Two new studies in mice and humans suggest that some individuals may produce insufficient quantities of vitamin A from the beta carotene in their diets. To compensate, they may need to eat more foods containing vitamin A to maintain good cardiovascular health.

Beta carotene is a pigment in all fruits and vegetables, and carrots and sweet potatoes are particularly rich sources.

Various findingsTrusted Source indicate that people with high blood levels of beta carotene tend to have lower serum concentrations of the “bad” cholesterol that causes atherosclerosis — narrowing of the arteries that supply blood to the heart.

As a result, they have a lower risk of ischemic heart disease, which is the most commonTrusted Source cause of death worldwide.

The molecular mechanisms that link beta carotene to lower blood cholesterol levels are poorly understood, however.

Now, two new studies have discovered that the body needs an active version of a certain enzyme to reap the full benefits of beta carotene for cardiovascular health.

The enzyme in question converts beta carotene into vitamin A, which reduces the amount of low-density lipoprotein (LDL) cholesterol produced in the liver.

However, up to 50% of people make a less active form of the enzyme, according to Jaume Amengual, an assistant professor of personalized nutrition at the University of Illinois at Urbana-Champaign who was involved in both studies.

Having a less active form of this enzyme makes the body less efficient at producing vitamin A from the beta carotene in fruits and vegetables.

To reap the full benefits to cardiovascular health, Amengual says, a person may need to get more vitamin A directly from animal sources, such as dairy, milk, oily fish, or cheese, for example.

Cholesterol in mice and humans

In the first study, the scientists began by measuring the impact of the enzyme, called beta carotene oxygenase 1 (BCO1), on cholesterol levels in mice. Their findings have been published in The Journal of Nutrition.

The team compared the effects of a beta carotene-rich diet in one group of regular mice and another group of mice without the gene for making BCO1.

After 10 days on the diet, the mice without the enzyme had more beta carotene in their blood and higher cholesterol levels than the normal mice.

Next, the researchers analyzed DNA and blood samples from 475 healthy young adults aged 18–25. The participants also filled out questionnaires about their diets.

After factoring in the amount of beta carotene and vitamin A in the participants’ diets, the researchers discovered that those with a particular variant of the BCO1 gene had significantly lower cholesterol levels.

This genetic variant produces a more active form of the enzyme that converts more beta carotene into vitamin A.

The authors estimate that people who have one or more copies of this BCO1 gene variant could have a 9% reduction in LDL cholesterol, compared with those who do not. “Although speculative, this decrease may be clinically meaningful if maintained through adulthood,” they write.

The researchers acknowledge that one limitation of their study is that it relied on the accuracy of participants’ responses to the diet questionnaire.

It is also worth noting that this study was not intended to test the efficacy of any particular dietary intervention.

For more science-backed resources on nutrition, visit our dedicated hub.

To explore whether the BCO1 enzyme could have a direct effect on the risk of atherosclerosis, the team conducted another study.

“In the human study, we saw that cholesterol was higher in people who do not produce much vitamin A,” explains Amengual, adding, “To know if that observation has an effect in the long run, we would have to wait 70 years to see if they develop [cardiovascular disease].”

Instead, the scientists fed beta carotene to two types of mice made genetically prone to develop atherosclerosis. The first type had a working version of the gene for making the BCO1 enzyme, and the other did not.

Overall, the mice with the enzyme that converts beta carotene into vitamin A had reduced plasma cholesterol levels and developed less severe atherosclerosis than the mice without the enzyme.

The researchers traced this effect to the animals’ livers. “We observed that in mice with high levels of vitamin A, the secretion of lipids [cholesterol] into the bloodstream slows down,” says Amengual.

Story Source(s)
What happens when the body cannot process beta carotene?
Share this article on: