Yong-Su Jin, a professor of food science and human nutrition, is among the five University of Illinois Urbana-Champaign professors who have been named University Scholars in recognition of their excellence in teaching, scholarship and service.
STEVE WITMER 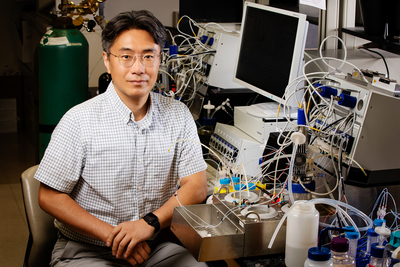 Yong-Su Jin, a professor of food science and human nutrition, is among the five University of Illinois Urbana-Champaign professors who have been named University Scholars in recognition of their excellence in teaching, scholarship and service.   Photo by L. Brian Stauffer

CHAMPAIGN, Ill. — Five University of Illinois Urbana-Champaign professors have been named University Scholars in recognition of their excellence in teaching, scholarship and service. Since an in-person celebration was not possible a year ago in consideration of COVID-19 precautions, a gathering in honor of two years of University Scholars from the Urbana campus is taking place today. The award is presented by the University of Illinois System to faculty members from the Chicago, Springfield and Urbana universities.

The University Scholars group announced a year ago included five from the Urbana campus.

Begun in 1985, the scholars program recognizes faculty excellence and provides $15,000 to each scholar for each of three years to enhance his or her academic career. The money may be used for travel, equipment, research assistants, books or other purposes. 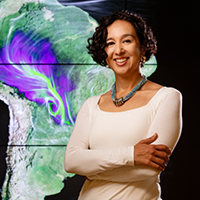 Francina Dominguez is a professor of atmospheric sciences with a background in civil engineering hydrology. Her unique mix of disciplinary training and research experiences has led her to become a world-renowned hydroclimatologist. Dominguez seeks to understand how water is cycled and recycled through the Earth system, and how this may change due to human activities. As many vulnerable communities face increased hydrologic risk due to droughts and floods, Dominguez seeks to improve the models used to predict these extreme events.  Her work impacts decisions related to water resource management, agricultural production and human risk due to hydroclimate extremes. 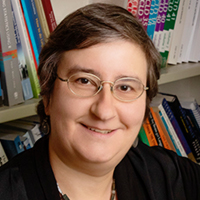 Tania Ionin, a professor of linguistics, is an internationally renowned linguist whose reputation attracts graduate applicants from all over the world. Ionin is a world-renowned scholar in the fields of second language acquisition and formal semantics, two very different subfields of linguistics. Formal semantics, a field that studies meaning in relation to linguistic structure and use, is informed by mathematics, logic and philosophy, while SLA has intellectual ties to psycholinguistics, language development, pedagogy and classroom practice, and requires significant expertise in experimental and quantitative methods of research. It would take a lifetime’s work for most individuals to stake out a reputation in just one field, but Ionin has international visibility in both areas. 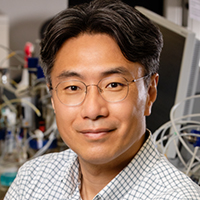 Yong-Su Jin, a professor of food science and human nutrition, applies food biotechnology to address the needs of a rapidly increasing world population. Jin uses metabolic engineering and synthetic biology approaches to optimize genetic and regulatory processes within cells for increasing production of target products while minimizing byproducts and waste. The various engineered microbial strains that he has developed enable the economical and sustainable production of biofuels, biochemicals, food ingredients and nutraceuticals from renewable biomass. His research program seeks to develop computational and experimental tools for the rapid and precise engineering of microbial cells, to construct optimized microbial strains with these tools and to employ the engineered microorganisms to promote human health and well-being. 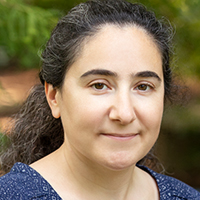 Svetlana Lazebnik, a professor of computer science, is an established world leader in computer vision. Her overall research program seeks to understand images by recognizing and describing their content. Lazebnik has produced seminal results like the 2006 Spatial Pyramid Matching method, which won the Longuet-Higgins test-of-time award in 2016. Lazebnik's other notable awards include the NSF CAREER Award (2008), Microsoft Research Faculty Fellow (2009), Sloan Research Fellow (2013) and IEEE Fellow (2021). She served as program chair for flagship computer vision conferences ECCV in 2012 and ICCV in 2019, and will serve for CVPR in 2023. She is also currently serving as an editor in chief of the International Journal of Computer Vision, the premier computer vision journal. 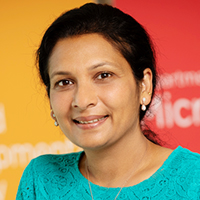 Supriya Prasanth, a professor of cell and developmental biology, makes seminal contributions to the fields of DNA replication, cell cycle regulation and chromatin regulation. The molecular mechanisms of DNA replication have been intensely studied for decades, and this is a very crowded field. Prasanth established an innovative research program that distinguished itself from other research groups studying DNA replication. She accomplished this by tackling a long-standing puzzle in the field: How are various types of heterochromatin linked to DNA replication? Within just a few years, Prasanth’s research group identified several novel regulators, providing unprecedented insights into the molecular coupling between DNA replication, heterochromatin formation and cell proliferation.