How to Become a Food Scientist and Why

Food scientists are experts on maximizing the flavor, longevity and nutritiousness of food.
By Ilana Kowarski

How to Become a Food Scientist and Why

Food scientists are experts on maximizing the flavor, longevity and nutritiousness of food. 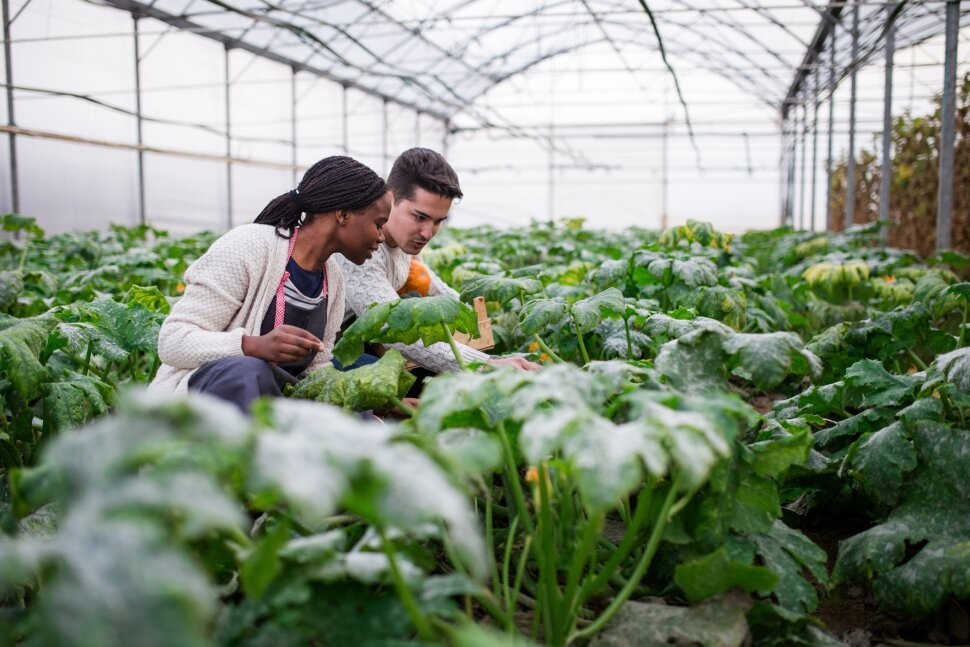 Food science focuses on the transformation of crops and livestock into satisfying plates of food.(GETTY IMAGES)

No matter what type of diet a person has, he or she could grow queasy after taking a bite of a meal that doesn't taste good or feel right – and may feel guilty about eating a treat that seems unhealthy.

Food science examines what people choose to eat and why, and it also explores questions surrounding how raw meat or fresh produce can be transformed into something more edible than its original form. This interdisciplinary field of study combines elements of anthropology, biology, chemistry, culinary arts, engineering, math, medicine, neuroscience, nutrition, physics, psychology and sociology, and it also requires an understanding of food safety regulations.

The U.S. Bureau of Labor Statistics predicts that American employment of agricultural and food scientists will be 9% higher in 2030 than it was in 2020. The median annual salary reported by such scientists who were working in the U.S. as of May 2020 was $68,830, according to federal statistics.

What Food Science Is and Why It Matters

Food science focuses on the transformation of crops and livestock into satisfying plates of food. It encompasses numerous technologies that prolong the shelf life of grocery items, such as canning and pasteurization, and includes safety mechanisms that prevent food contamination.

The goal of food scientists is to create "foods that fit into the lifestyles of all people in society," explains Job Ubbink, professor and head of the food science and nutrition department at the University of Minnesota.

"It's a discipline that occupies itself with ensuring a sufficient, economic, safe, healthy food supply," Ubbink says, adding that environmental sustainability is also a priority.

The Role of Food Scientists

Food scientists occasionally discover or invent tasty and wholesome foods. For instance, food scientists have introduced numerous meat imitations that seem to contain an ingredient but that in fact do not, such as Impossible Burger as a plant-based substitute for meat. They have also developed gluten-free breads, pastas and pastries that are designed to look, feel and taste like the gluten-filled versions.

Some food scientists identify natural substances with beneficial properties and then synthesize those materials into edible products. That's the story of Asli Samanci, a Ph.D.-credentialed biologist and master's-degreed food scientist.

Samanci, the CEO and founder of BEE&YOU – a company that sells honeys, pollens, royal jellies and other bee-based substances – discovered her interest in bees when her son struggled with a series of health issues, including a rare autoimmune disease. A doctor recommended that she try giving her son propolis, a sealant bees make that is occasionally used as a natural remedy. She subsequently developed a unique propolis extraction method, which she then patented.

Samanci suggests that many food scientists are driven by a desire to provide consumers with nourishing foods that make them feel better, and that one of their responsibilities is to guarantee that the edible items they create aren't over-processed and are "as natural as possible."

The work of food scientists can be enjoyable and meaningful.

"Food scientists love experimenting with foods, and finding innovative new ways of preparing different types of food," Crystal Chen wrote in an email. The chief science officer at KhuenPhu, a company that sells CBD products – some of which are edible – adds: "There are also a lot of food scientists who have a strong sense of social responsibility. They hope to develop more stable, lower-cost, and sustainable food that can be used to solve food source problems."

Steps to Become a Food Scientist

While studying food science, it's wise to gain practical experience in the food industry via an internship at a food company, according to experts.

A bachelor's degree in food science or a related academic discipline is the usual entry-level credential in the field of food science, though a graduate degree may expand career options, experts say. They add that anyone who wishes to become a research and development food scientist should plan to obtain a master's or doctorate degree.

Food scientists sometimes specialize in improving or making new food products, but they can also focus on ensuring the consistency, quality and safety of foods.

Sihui Ma, an academic adviser in the food science and human nutrition department at the University of Illinois at Urbana-Champaign, notes that a food scientist could potentially find a job at an Oreo factory, making certain that every cookie is precisely the same size, contains the same amount of creme and has the same flavor mixture.

Food scientists could also become flavor chemists or experts on the sensory experiences associated with how a food is perceived, such as its appearance, taste and aroma, Ma says. Others find jobs as technical sales professionals who explain the merits and mechanisms of cooking and baking ingredients, such as sweeteners.

"Culinary science is more directed towards making food products function properly, but also utilizes culinary techniques to create a delicious food product, like rice cakes that are crunchy without crumbling, perfectly seasoned risottos that cook in 20 minutes, or microwavable rice that’s ready in 90 seconds," he wrote in an email.

Slem says he enjoys his job. "Each day is different, but always delicious—it’s hard to complain about being around food all day!”