Chronic inflammation plays a significant role in many diseases 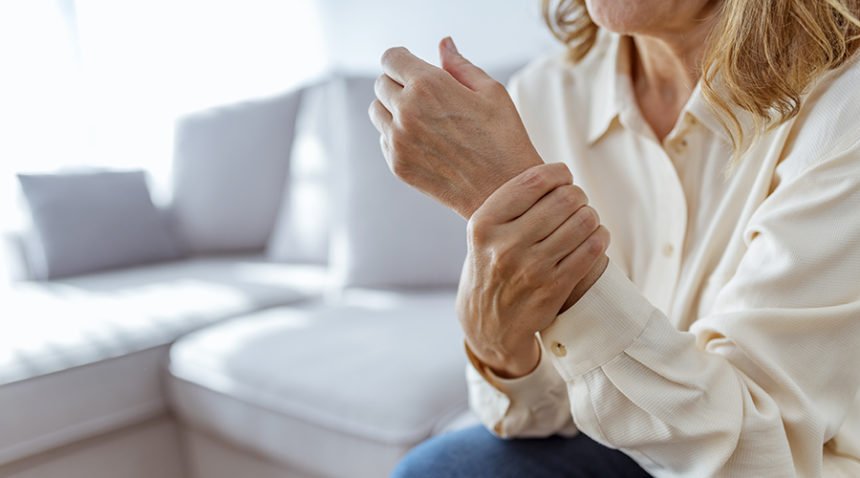 Chronic inflammation plays a significant role (as either a cause or effect) in many diseases, including type 2 diabetes, autoimmune diseases, such as Crohn’s disease, and the three top killers in the United States: heart disease, cancer and stroke. Emerging research is focusing on the link between inflammation and brain disorders, including Alzheimer’s disease and dementia. The good news is that diet, exercise and lifestyle changes can be powerful tools against inflammation. Here are 10 ways you can help stave off—or tamp down—inflammation.

Get Your Om On. A study in the journal Psychosomatic Medicine found that women who had regularly practiced 75 to 90 minutes of Hatha yoga twice-weekly for at least two years had markedly lower levels of interleukin-6 and C-reactive protein (CRP), two key inflammatory markers, compared to those who were new to yoga or practiced less frequently. “A central tenet of yoga is that practicing can reduce stress responses,” explains Janice Kiecolt-Glaser, Ph.D., study co-author and professor of psychiatry and psychology at the Institute for Behavioral Medicine Research at Ohio State University College of Medicine. Researchers think that yoga’s benefit is that it minimizes stress-related physiological changes.

Balance Your Omega Fats. Americans are gorging on too many inflammation-promoting omega-6 fats (found in vegetable oils, such as sunflower and corn, and processed and fast food made with them) and not consuming nearly enough inflammation-soothing omega-3 fats (found in salmon, tuna, flaxseeds, walnuts, canola and olive oils). In short: a diet high in omega-6s and low in omega-3s increases inflammation in the body, says Chilton. To better balance your omega fats, opt for as much fresh, unprocessed food as possible, swap your omega-6-rich corn or sunflower oil for omega-3-packed canola and load your plate with omega-3-rich foods. “If you eat one healthy source of omega-3 fatty acids every day, you’ll be doing good things for inflammation,” Cannon says. (Omega-3s boost the number of proteins in the body that quell inflammation and also reduce the level of proteins that promote inflammation.) If it proves difficult to get the recommended 1 to 4 grams of omega-3s daily through food (3 ounces of salmon delivers about 2 grams, 2 tablespoons of ground flaxseed has 3 grams), ask your doctor about taking a supplement. A 2011 study out of Ohio State University found that taking fish-oil pills daily (at a dosage of 2.5 grams/day of omega-3s) reduced stress-related production of interleukin-6, a prominent inflammatory marker, by 14 percent.

Up Your Soy. The Food and Drug Administration has indicated that eating 25 grams of soy protein daily helps to reduce your risk of inflammation-driven cardiovascular disease. But according to two 2009 studies, even as little as half that may be helpful. “We saw a reduction in inflammation after drinking just two [12-ounce] glasses of soymilk a day for three months,” says study co-author Elvira de Mejia, Ph.D., associate professor of nutrition at the University of Illinois at Urbana. (Each glass contained 6 grams of soy protein.) Apparently, lunasin, a peptide found in soymilk and tofu, in combination with other soy proteins, can quell inflammation. (If you have a hormone-sensitive condition, such as breast cancer or endometriosis, check with your doctor before increasing the amount of soy in your diet.)
Enjoy a Massage. A massage isn’t just a treat—it can be part of staying healthy. Receiving a 45-minute Swedish massage can greatly lower levels of two key inflammation-promoting hormones, according to a study in The Journal of Alternative and Complementary Medicine. “Massage may decrease inflammatory substances by [appropriately] increasing the amount of disease-fighting white blood cells in the body,” says Mark Hyman Rapaport, M.D., co-author of the study. “It may also lower stress hormones. Either way, these inflammation-lowering results can be seen after just one massage.”

Limit Bad Fats. The famed Nurses’ Health Study out of Harvard (well known for being one of the largest and longest-running investigations into women’s health) found that trans-fatty acids are linked to a significant bump in total body inflammation, especially in overweight women. Trans fats can be found in items including fried foods, packaged cookies, crackers, margarines and more. And buyer beware: “Even if a food label reads 0 grams trans fats, it can still contain less than 0.5 gram per serving, so if you eat multiple servings, you could be eating a few grams,” advises Erin Palinski, R.D., C.D.E. Instead, check the ingredient list for partially hydrogenated oil. If you see this, the product contains trans fats. While you’re trimming the fat, cut back on the saturated variety as well, replacing butter with olive oil and being choosy about your protein sources. “Saturated fat, found in fatty cuts of meat, whole milk and butter, can convert to pro-inflammatory compounds when digested. Instead, aim to eat more lean proteins, such as fish, white-meat poultry and plant-based proteins like beans,” Palinski says.

Eat Your Greens. Here’s yet another reason not to skimp on green leafy vegetables, whole grains and nuts: they are all rich in magnesium, a mineral that about 60 percent of us don’t consume enough of. “I encourage anyone who’s susceptible to inflammation to assess their magnesium intake,” says Forrest H. Nielsen, Ph.D., a research nutritionist at the USDA’s Grand Forks Human Nutrition Research Center in North Dakota. (Ask your doctor to check your magnesium levels with a blood test.) “There’s a lot of evidence that people with high inflammatory markers often have low magnesium levels. Plus, people who have conditions associated with inflammation, like heart disease and diabetes, also tend to have low magnesium levels,” Nielsen says. In short: eating more magnesium-rich foods could help lower your chances of inflammation.

Keep Stress at Bay. Frequently frazzled? You may be opening the door to inflammation. A recent study in the journal Brain, Behavior, and Immunity found that people who have a strong emotional reaction to stressful tasks (you bite your nails when you have to make a presentation at work or get tense when someone presses your buttons) experience a greater increase in circulating interleukin-6 during times of stress than those who take stressful tasks in stride. While stress harms your body in many ways, Cannon puts it like this: “Stress increases blood pressure and heart rate, making your blood vessels work harder. Essentially, you’re pounding on them more often and creating damage. If that damage happens over and over, inflammation persists.”

Sleep More. If you’re not clocking at least 6 hours of restful sleep a night, you’re more susceptible to inflammation than those who have a solid night of slumber, according to research presented at the American Heart Association 2010 Scientific Sessions in Chicago. Getting less than 6 hours of sleep was linked to significantly increased levels of three key inflammatory markers—interleukin-6, CRP and fibrinogen.

Exercise Often. Losing excess weight via exercise (or eating better) is a great way to lower inflammation. Working out, however, can lower inflammation even if you don’t drop one single pound. The reason? Exercising at about 60 to 80 percent of your maximum heart rate—think brisk walking where you can still talk but it would be difficult to carry on a conversation—lowers levels of the key inflammation marker CRP, Chilton says.

Drink Green Tea. Even if coffee is your beverage of choice, you might not want to bag tea altogether—especially the green variety. Green tea is full of potent antioxidants that help quell inflammation. In fact, researchers from Texas Tech University Health Sciences Center in Lubbock recently found that green tea can inhibit oxidative stress and the potential inflammation that may result from it. “After 24 weeks, people who consumed 500 mg of green tea polyphenols daily—that’s about 4 to 6 cups of tea—halved their oxidative stress levels,” says Leslie Shen, Ph.D., the study’s lead author. (The placebo group didn’t see a single change.)

Story Source(s)
Chronic inflammation plays a significant role in many diseases
Share this article on: